ACTORS WHO SING
VOLUME ONE

This is a new offering, and at the same time a reconstruction of a show with the same title that for some reason was lost over the years. Because we also produced a 'Volume 2' on this theme around the same time (the show can be found in the Archives Club), it just didn't seem right to leave out it's predecessor. So consider this an update, if you will.

This one really runs the gamut in styles, but every vocalist is a major TV star. Plus, our mini-tribute to the late Johnny Crawford.

A MOTHER'S DAY TRIBUTE
'A man may work from sun to setting sun,
but a woman's work is never done'

We honor the lady of them all, yours, mine, and all of them, with a unique musical interpretation of a mother's role and influence in the lives of her children.

Some of the songs included herein are the loved standards heard through the years, and a few are here for the storyline. We hope you like it.

An hour of songs from Ocean Drive and all the back streets and hamlets of Myrtle Beach, Carolina.

This style of music gained popularity in the late 50's and it hasn't stopped yet.

Sort of the counterpart to the UK's 'Northern Soul', you'll know a lot of these, some you may  be hearing for the first time, but in all cases, very enjoyable songs!
ARCHIVE BLAST FROM THE PAST -
PAUL CARTER JR.'S BASEMENT FINDS

Let's head down the steps to the cellar, poke around the dark corners, turn on the lamp over the workbench, and collect a few things which we'll place on musical display. Thanks to Paul's idea submitted years ago. Like many others he sent in, they made for great concepts here on the site. 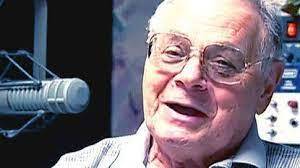